This week I thought I’d try something different.

I get a lot of ideas, for stories, for games, for products or ways to save the world. Mostly nothing comes out of them, but some intrigue me enough for me to start developing them. I had one such epiphany a few days ago and this is what I’m going to do: I’m going to describe how I take a game from an idea to a tested prototype, and possibly more.

A week ago I was doing my idea exercises on the topic of genre mash-ups. And when I wrote down “Eurogame-puzzle” it struck a spark. That’s how my ideas begin: with a spark.

Every spark is wonderful. Getting a spark feels like running your brain across a battery full of happy juice – everything flashes and the idea just flows out of me. This particular spark was a vision of two plastic cubes sticking together with a “clack”. There were magnets embedded in the sides of the cubes and the magnets would make cubes stick into rectangles, rectangles into shapes, and shapes into a board.

At this point I grabbed a pad of paper and started writing.

The first thing I write down is a log line, the encapsulated idea of what this game is going to be. Usually it’s a descriptive name and this will be how I refer to the project in my head as I go along. Previous names include “Bagdad” (a route building, set collecting game), “Trains” (a children’s set collecting games with a train theme), “DropZone” (a light 3X[note]Yeah, it’s 3X – eXpand, eXploit and eXterminate. No eXploring.[/note] space game based upon the hostile invasion scene in Robert Heinlein’s Starship Troopers[note]The book, not the movie. Don’t get me started on the movie.[/note]), and “Heroes of Adbarr” (a light, comic dungeon crawler where players are janitors trapped in a fantasy death maze). Other, less prosaic, project names are “Civ Building Card Game”, “Savings Engine Game”, and “Roll & Move Adventure Game”[note]Yes, I do capitalize all my non-name log lines. I don’t know why, my brain just works that way.[/note].

The names usually come to me first, right in the spark. This time the name that came to me was “Magnet Puzzle”, which stinks as a name but adequately describes the spark.

Unfortunately the name didn’t hold true for more than 10 minutes, but we’ll get to that later. 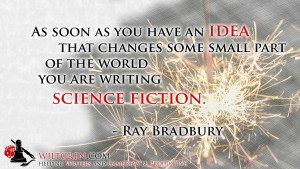 Now, the spark in itself is isn’t a complete idea, it’s the energy that starts the idea. At this time the vision blocks and “clack” felt very cool to me, because that’s what sparks do: they feel cool.

In fact, sparks are required to feel like the greatest thing in the world because that’s how our brains view ideas. If you get a spark that doesn’t feel great then it’s not a spark. It might be part of one, or the beginning of one, or a faded memory, or something else entirely, but it’s not a spark.

This is due in part to the fact that a spark is the combination of two things: memories and connections. Memories is the associative part of our minds at work, the part that says “I know this”. Making associations creates as sense of cognitive ease, and when the associations come easily there’s a lot of cognitive ease. Cognitive ease feels great. The same neural system that’s responsible for making associations is also responsible for squirting dopamine into our brains (or out of our brains, since it’s the neurons that synthesize dopamine). Dopamine, in turn, is the key ingredient of our neural reward system. Which is why drugs like cocaine work by boosting dopamine levels in the brain.

Of course, dopamine has a very short half-life, about a minute in adults, somewhat more in small kids and newborns. Which means that the “oh” factor of the spark need fuel to keep going or it will fade.

That’s what happens when you’re in a state of flow and are interrupted. You’ll lose your dopamine high and what you just did will loose it’s appeal because you’re not longer viewing it through a shimmering haze of natural feel-good drugs.

Fortunately there’s a second part of the spark that also dopes your mind: the connections. Again, this is based in the associative part of our brain and again it will squirt happy-juice into us when it works.

Connections hook memories together into new ideas: “Star Wars meets Friday the 13th”, “Cheese on a Stick”, “Monkeys with machine guns”. Basically anything you know added to something else you know and producing something that you don’t know. Essentially:

That’s what it feels like when the spark goes through you, although, if you’re reading this, I’m guessing that you already know that, so back to the interesting question: how to turn a spark into a game.

Making a Game from a Spark

So I had the magnet-cubes, and I wanted to put them together. At this point I’m still in spark mode, scribbling away like crazy. From the start of the spark until now there’s been some 45 seconds. I’ve got cubes and magnets. I haven’t got a game.

How do you win?

I’ve got no idea. But wait, a cube’s got four sides[note]Yes, I do know that a cube has 6 sides, but we’re talking Eurogame cubes. They’re flat. 2-dimensional like. Even though they’ve got 3 dimensions.[/note]. What if you get one point for every side you don’t connect to something? Then the player with the least points wins and when someone places their last cube the game ends. Any cubes left in a player’s hand count as 4 points each. Elegant! We’re done. Now let’s ship this sucker.

So far so good, but now I’m starting to come out of my spark moment and starting to actually think.

The game, as I’ve envisioned it in the spark, won’t work.

If you get one point per side and four points per cube left then the logical play is to line up all of your cubes in a long chain and place them immediately. You instantly get Number of Cubes * 2 + 1 points while everybody else gets Number of Cubes * 4 points. You win.

So we need something that limits the amount of cubes placed. I’ve already thought of placing cubes in color coded shapes. So there, you can’t place your cubes all at once, you’ve got to place them in sets of matching colors.

The Magnet Idea is Bad

The spark itself was the cubes and magnets. I envisioned magnets on four sides of each cube. Of course, each magnet has a north pole and a south pole, and if you couple two sides with the same pole you’d get a “fjing” moment and the cubes would fly apart. So the player whose turn it was would get three tries to put the sides together with the shape already on the table. This while the other players waited and fidgeted. Which would be bloody boring for them.

So I need to show how the magnets are aligned. But that would take away one of the key things with magnets. So maybe we should do away with the magnets altogether.

What if the cubes had points sticking out of them, like a real puzzle? Then the player would see how things are aligned and be able to place cubes immediately.

Ok, I can work with that. And magnets are costly, a plastic only game would be cheaper to make, which is an advantage when I try to sell it to a publisher[note]It’s never to early to think about game costs. It’s also never to early to daydream – the game isn’t even conceptualized and I’m thinking about publishing. Go me.[/note].

Of course, this type of game would be prone to one thing I hate: analysis paralysis.

So perhaps there should be a sand timer that the player has to flip in order to not lose their turn. Yay! Stress component. Just like Galaxy Trucker, which I like (wonder where I got the idea? there’s nothing original, ever, anywhere[note]If we pee far, it’s because we pee on the shoulders of giants. The giants will be pissed off.[/note]).

Not everyone will like this but that’s OK. But perhaps I can take some sort of different approach, maybe with a track. Something for players to grab, or place unwanted cubes on.

Maybe, maybe. Of course, this kind of stress solution is going to snowball. If you’re bad you get punished and then you’ll be in an even worse position.

End of the Spark and Next Steps

Now the spark’s all burnt out. I’m thinking entirely logically, and slowly. I’m analyzing consequences, a feature of System 2[note]Like in Kahneman’s Thinking: Fast and Slow.[/note]. The spark moment is definitely over. I’m working on the idea stage. And that’s a completely different ball game.

Now you see how a game starts out. I’m sure that you’ve experienced this types of moments in one endeavor or another. In a few weeks I’ll show you how I work with the early concept and make it ready for prototyping.

One thought on “Analog Game Design 101: From Spark to Idea”